My first as a Democrat and skeptic: offering candid advice to Republicans,Tea Partying presidential candidates and all Christian ministry, solely for their best interests. I appeal to them to think long and hard about how they’re planning to spend the boatloads of money 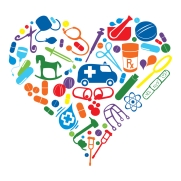 accumulating from Super-Pacs, the Koch Brothers, other lobbyists and who knows who else. To religious leaders who have the ears, minds, hearts and souls of Christians, hearing what you hear, what would Jesus do next Sunday?

In all sincerity, I hope candidates consider setting aside contributions to pay the very best public relations agencies on the globe. Not the Rove political strategist type, but crisis communication experts, because they’re going to need them on a scale beyond that of any dictator. A list of questions on some current events is baffling:

A 2014 Pew Research Survey on Political Polarization in American Politics concluded, “While Democrats have always been more supportive than Republicans of the social safety net, the partisan divide on these questions has increased substantially over the last 20 years. Two-thirds of Republicans (66%) believe that, “Poor people today have it easy because they can get government benefits without doing anything in return,” Just 25% say, “poor people have hard lives because government benefits don’t go far enough to help them live decently.” Among Democrats, just 28% believe the poor have it easy. The partisan gap on this measure is now 38 points, up from 19 points in 1994.”

Why aren’t the huge bloc of Catholics, Christians, Evangelicals, Protestants, all the Christian Right groups, being called out for their deafening silence on the anti-Christian messages some candidates promote? What happens when the lack of moral convictions we expect to hear from politicians aren’t even mentioned at the pulpit? Has Christian Leadership simply ceded to a Republican Party that talks a great deal about Christianity but doesn’t follow its messages?

As a former PR executive, I believe it’s more likely all the bigotry will undermine the strategic tactics that consistently win the hearts and minds of an audience, be they consumers, businesses or the electorate voting for a presidential candidate. You earn your target audience’s confidence by convincing them your way is the best for the greater good. Keep messaging on target, honest and easy to follow. You can’t add double standards and deceit and expect all the glory. The current pool of 2016 candidates doesn’t understand, which is why I sincerely hope they’ll consider funding a crisis communication plan to apologize to a country they’re tearing apart once they remember what Christian values are.

If not them, I hope the Christian leaders who have stayed silent too long hear the message that guides them to do unto others. Despite my questions about religion, my beliefs about virtue and ethics remain constant.

Idiots With Guns! »
« Some Sanity From SCOTUS?

One thought on “Sunday Politics and Sermons”

This site uses Akismet to reduce spam. Learn how your comment data is processed.

Our Advocacy by Posts